Thirteen years ago, in the final year of my second degree, I sat through a session on writing resumes and cover letters. It wasn’t something that held my attention for very long, however the professor made a declaration that stayed with me til today. She discussed the pay differential between men and women, and encouraged the women in the room by saying that there was one factor affecting this differential that we were in complete control of.  That men ask for higher salaries, they know their worth and they advocate on their own behalf. And that we could, and should, do the same. Men are four times more likely than women to ask for a raise—and when women do ask, we typically request 30% less than men do, says Carnegie Mellon University economics professor Linda Babcock, co-author of Women Don’t Ask. In a study of 78 masters degree students, she found that just 12.5% of women negotiated for their starting salary, versus 52% of men.

So, here’s the story of how I started off in the fashion industry. I first earned myself a Bachelor of Commerce at the University of Toronto. When that was complete, and before I lost my nerve, I applied to the Fashion Design Program at the former International Academy of Design and Technology and was accepted. Upon graduating I had to get a job ASAP. My Canadian peers could take their time to scout however I had a short timeframe to get off the unemployed list or I would lose my status in Canada and be shipped back to Trinidad and Tobago. I wasn’t ready for that yet, I wanted experience in a market with a thriving fashion industry. So I started the hunt and sent my resume out to anyone who was looking. It was a tough job market and no-one from my graduating class had found themselves a position, even a few months later. One of my professor’s even suggested I marry my Canadian boyfriend, that it would be an easier option than finding employment in the current job market. LOL (she was dead serious though)

So here I was with two degrees and unable to find a job. Then I saw a posting for a fit model. My bust size was a couple inches less than they outlined in the job post, but I figured a bra could fix that and I applied for the position anyway. The company name wasn’t a familiar one, but I later found out it was the corporate name behind 5 of the largest Canadian clothing retail chains, each with 125-250 stores across Canada. I interviewed and got the job right away. So I lowered my job expectation a bit. But I had a job! Hooray!

The owner of all of these 625-1,250 stores was very hands on and the entire team, of the label I was assigned to, met with him weekly. Me as the fit model and administrative assistant to the buying department. I input orders for the most part, and in the meetings I would act as the mannequin displaying new samples. 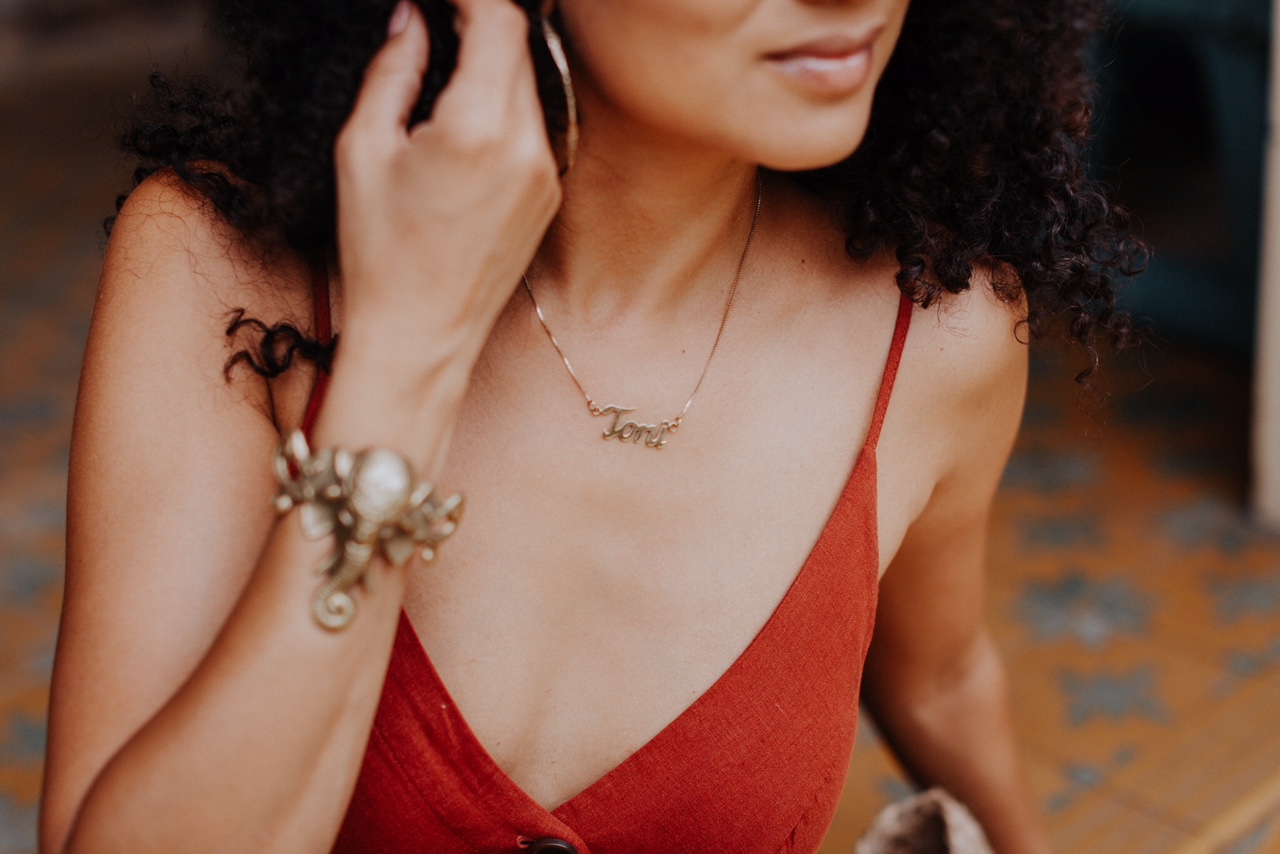 Soon enough I realized that my training in fashion design allowed me to be somewhat of a bridge between the Quality Control (QC) department and the Fashion buyers, who most of the time were speaking two different languages. With the Buyers demanding design changes and the QC explaining that these weren’t possible from a clothing construction standpoint. Somehow neither knew how to satisfy the other. I however understood both perspectives and, standing there between them, dressed in the garment, was often able to give advice and resolve the misunderstandings.

So a few months passed, the work was easy enough but I knew I could do more, I could contribute more and I could make more. I remembered the words of my professor and I gathered my courage and  knocked on the office door of the guy straight at the top. He ushered me in, I closed the door behind me, and I nervously made my case. I could feel all of the buyers’ eyes staring at me through his glass wall. All trying not to turn their heads but wondering what on earth I was doing in there, and not called upon far less! I explained my academic training, my ambitions, and asked him to give me a shot at a buying position. I left that meeting with a 50% pay increase and a Fashion Buyer title. Four months later when I proved myself and felt the salary didn’t match my commitment, I asked for more. I got another pay increase, landing me at the same pay rate as the other buyers who’d been with the company in excess of 8 years.

Why do I bring this up?  I attended a conference about a month ago and one of the speakers spoke in depth about the value of giving back. I think I have an ingrained humility that most of the time doesn’t allow me to recognize that I even have something motivational to share. I underestimate the value of what I have to contribute. However the subject came up again at my last Pop Up Shop when a customer held me accountable to giving back. And then there’s the shock of messages from Instagram followers claiming I was inspiring them. Gifts should be used responsibly, and generously, and I thought this was a good first step.

So let’s all know our worth and have the courage to claim it. ✨